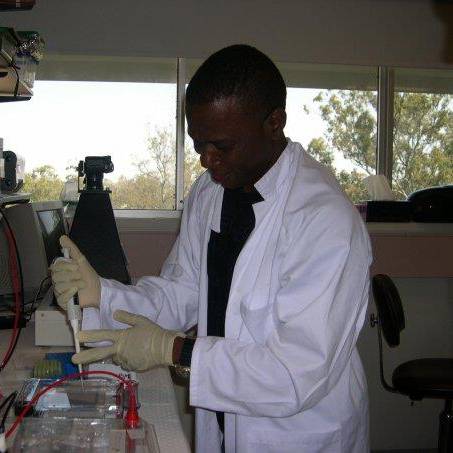 PI and coordinator of WP3 activities in Tanzania

Dr. Baraka Kuguru is a Principal Researcher at TAFIRI. He did his doctoral studies at the University of Bar Ilan in Israel in 2008. During his PhD he assessed the Ecophysiology response of the symbiosis association of marine invertebrate (Cnidaria: Corallimorpharia) to variation in environmental variables such as irradiance, temperature and pH. Kuguru has over 25 years of experience in fisheries management, at national and regional levels. He is particularly interested in using different techniques to better understand biological and environmental mechanisms which govern fisheries resources. Currently he is supervising a pilot project using mobile App-Smartcas which has been developed for collection of fisheries catch assessment data in districts of Rufiji, Mafia and Kilwa. He is also a PI of a project aiming at the use of remote sensing technology (employing environmental variables such as SST temperature, Sea surface fronts and Chlorophyll signatures) to identify potential fishing zones for large pelagic fish such as tuna and tuna like species along the Tanzania coast.

In Estuarize-WIO, Kuguru is a PI and coordinator of WP3 activities in Tanzania.

We use cookies on our website to give you the most relevant experience by remembering your preferences and repeat visits. By clicking “Accept All”, you consent to the use of ALL the cookies. However, you may visit "Cookie Settings" to provide a controlled consent.
Cookie SettingsAccept All
Manage consent

This website uses cookies to improve your experience while you navigate through the website. Out of these, the cookies that are categorized as necessary are stored on your browser as they are essential for the working of basic functionalities of the website. We also use third-party cookies that help us analyze and understand how you use this website. These cookies will be stored in your browser only with your consent. You also have the option to opt-out of these cookies. But opting out of some of these cookies may affect your browsing experience.
Necessary Always Enabled
Necessary cookies are absolutely essential for the website to function properly. These cookies ensure basic functionalities and security features of the website, anonymously.
Functional
Functional cookies help to perform certain functionalities like sharing the content of the website on social media platforms, collect feedbacks, and other third-party features.
Performance
Performance cookies are used to understand and analyze the key performance indexes of the website which helps in delivering a better user experience for the visitors.
Analytics
Analytical cookies are used to understand how visitors interact with the website. These cookies help provide information on metrics the number of visitors, bounce rate, traffic source, etc.
Advertisement
Advertisement cookies are used to provide visitors with relevant ads and marketing campaigns. These cookies track visitors across websites and collect information to provide customized ads.
Others
Other uncategorized cookies are those that are being analyzed and have not been classified into a category as yet.
SAVE & ACCEPT